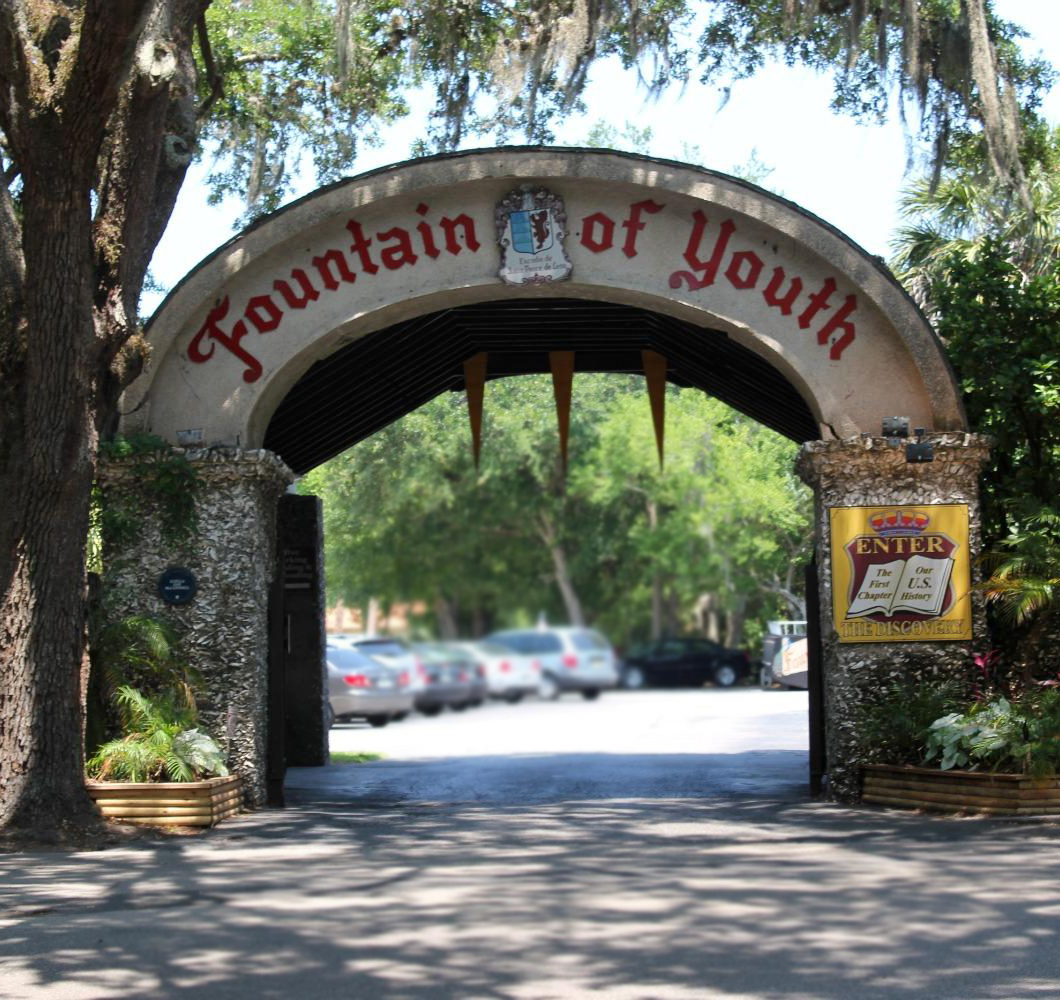 When we started Keys, it was for my sweetie’s battle against Melanoma. As the story goes, her surgery was successful, but her battle against the prescription skincare seemed futile. I had to find ingredients in the natural world to help her skin recover and flourish in a hostile environment. Besides finding ingredients and combining them into products that work for all sorts of skin issues, it started a quest for unique natural ingredients that became a part of our DNA. Also, a part of our DNA is your well-being in our search for products that solve your skin problems and make you feel good.

Where do Natural Skincare Ingredients Come From?

Most companies go to tradeshows to learn about the next hottest chemical or ingredient. At Keys®, we are looking for miracle ingredients that work and that comes from the jungles of the Amazon, India, and around the world. Our advisors are aboriginals more often than not. There are no chemists at Keys®. With an eye on sustainability, it is a part of our culture and DNA that we search for ingredients that serve a purpose and, combined, are larger than the sum of their parts. We are scientists and engineers, not chemists or typical formulators. We also know that lore has elements of truth, and local tribes always have locally-made concoctions that are proven to work. There are no “Ulta” stores in the Amazon pushing Keys knockoffs or namesakes. 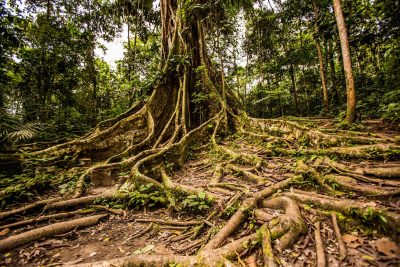 I have been fascinated with the rainforests of South America since I was a child. It has revealed itself as a veritable natural pharmacy. Visiting the registration books at hotels at the gateways to the Amazon rainforest always has the names of virtually every pharmaceutical company signed in. What was always missing were the names of natural skincare companies except for Keys®.

Being a physicist engineer, I am also very fascinated by Eric Von Daniken and Giorgio Tsoukalos, from the cultures they study worldwide. I am most intrigued by the medicines and remedies these ancient cultures knew as everyday givens that Westerners have yet to discover.

My friends and ancient alien theorists taught me to interchange the words of ancient lore where ancient writers used “Gods” as the descriptor to use the descriptor, “Visitors,” “Watchers,” or “Teachers.” This linguistic analogy was a breakthrough for me because it became clear that what was written about the ancient rainforest regions revealed a lot of potential for skin health and anti-aging products.

Along Came Nextra and Element 6.

As you may have read my Element 6 story, I heard through ancient writings that the city of Puma Punku in Bolivia (circa 500 AD) was known for its extremely beautiful people. The reports indicated a potion-product with eight ingredients, Oito, in the Aymara language, which transformed aging into youth. This age-reversing story is typical in most cultures where people search for The Fountain of Youth, but it was solid and identifiable in Puma Punku. My search has been constant over our 18 years of research and 25 years of dealing with Melanoma. Safe to say that you name the skin ingredients found worldwide, and they all can also be found in some form or another in the rainforests. Searching the writings of the people of Puma Punku, I was able to target 6 of the ingredients and thus named our compound in NeoRetinol, “Element 6.” I am searching for the other two or three, but I may have found one of them right under our noses. Read on. It gets exciting and is the fun part of my job.

A Funny Thing Happened After the launch of Nextra.

Nextra NeoRetinol™ has been a runaway success for Keys. Still in its infancy, it has already moved into third place as an all-time seller for Keys. Why? Because it works like Retinol with none of the side effects. So, when we introduced Nextra, one of the first questions was where it fits into the Keys facial regimen. More specifically, how does it work with Reflex, and how are they different. Said, Nextra, and Reflex are totally different and compliment each other. Nextra is a layer above Reflex, where Reflex is a spot-intensive oil, and Nextra has more restorative properties in the form of a lotion.

Then Came the Surprise 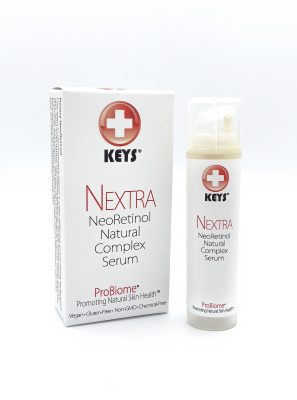 Like many makeup artists, our team, and our own Bre discovered, Nextra and Reflex together seemed to be greater than the sum of its parts. Using Reflex with Nextra seemed to have more superpowers than either of them separately. Almost 100% of the people following the Reflex and Nextra study have noted that they wanted to mix the two to create an entirely new product. Well, sometimes I am a real dummy and don’t hear things, but this time I did. I decided to start by seeing what is the same and what is different about Element 6 in Nextra and Reflex. This is quite a task because I am not talking about ingredients but the constituent basis of each component from a fatty acid, collagen, and oil perspective. Remember, I am not a chemist but an engineer and scientist who uses “First Principle” thinking as my clean slate approach to understanding how products work and work together.

While I was analyzing Reflex and Element 6, I received a lead from my aboriginal source in Bolivia about an ingredient that may be one of the original 8 or 9 in the ancient formulation. So, I received samples and looked at the constituent properties. In fact, since creating Element 6, I have received a bunch of sources that know I am looking to recreate the original concoction from Puma Punku. I now receive ideas from people I don’t even know as the word spreads about my inquiries. What I discovered was that this ancient oil was a cross between a carrier oil and essential oil. Ironically, it looked technically a lot like the Tamanu oil that we use in Reflex.

So, I have written about Element 6, but it is time to take a closer look at Tamanu.

The Tamanu is a sacred tree in Polynesia. It is planted in the “marae” or sacred sites. It was lore that the Moai gods (Visitors, Watchers, or Teachers) were hiding in trees to watch humans without being seen. Since that time, Tamanu wood is used exclusively to produce totems, tiki, and idols. The Tamanu tree became widespread in Polynesia, making magnificent forests overlooking the Motu (coral reefs). Tamanu is appreciated for its sweet-scented flowers and elegant foliage planted along the streets. Ironically, the scent of our Nextra is similar to the Tamanu flower by coincidence only. Said, my ingredient from South America is incredibly similar but is yet to be produced in volume. With the Polynesians’ exploitation, these trees became intensive for their leaves, oil, and fruits used in multiple disciplines. Skincare is high on that list, but like many other ingredients, is underused and misunderstood because it is not readily available for chemists to buy from distributors.

Nowadays, the Tamanu or Ati has many powers still crucial in the local pharmacopeia. It is known for its exceptional healing properties, which seem to overarch the anti-aging properties indeed the heart of Tamanu oil.

A Miracle Cure for Allergic or Atopic skin?

Tamanu oil appears very effective for the treatment of skin conditions and is very recommended for the problems of atopic skin: eczema, pimples, and scars of acne, psoriasis, cracks, various dermatoses, and for an in-depth treatment of wrinkles, dark circles, and bags under the eyes as a decoagulant.

Tamanu is a critical ingredient used in Reflex Probiome®. Reflex ProBiome® oil can be applied pure on the skin, on the scalp, and in massage of the body. Reflex can be used locally on the damaged and very dry parts and calms irritations. Reflex oil will also bring many moisturizing, soothing, calming properties for various treatments by association with other products such as Nextra and Keys Luminos. It can also be used in scalp massage or left in for longer periods to enjoy its benefits. Then wash with a mild shampoo like our Silkin. We have learned from actors who undergo harsh washings, coloring, etc., that they will massage Reflex into the scalp and hair for “baseball hat” Saturdays as a rejuvenation for their hair and scalp—then washing it out on Sundays. Reflex on the hair goes hand in hand with “no makeup” weekends.

So, it is fascinating and, at the same time, brilliant to think that there was a beauty regimen unseen from 1500+years that can change our skin. When you have a moment, Google Tamanu Oil and get just a tiny glimpse into my world, I would not suggest traveling through the rainforest looking for skincare solutions because many things there want to kill you. There are a lot of things in the rainforests that need to be discovered for humanity and health. I guess that we know about 1%, but the ancients knew a hell of a lot more than we do. So, their teachings are invaluable and hard to discover. It is all written somewhere.

A Note on Sustainability

There is a lot of chatter in the natural ingredients world about sustainability which we support based on ecology. Res Ipsa, or it goes without saying! I have to write about this because some might say, “you are stripping the rainforests!” Not true, and here is the practical reason that sustainability means more to us. One thing to realize from a manufacturing standpoint is when we create a new skincare product, we have to manufacturer a lot of them at first and thousands over time. At Keys, the average lifespan of a product is designed to be 100 years. It may sound crazy, but look up how many products you use or consume every day are over 100 years old. ( for fun – https://thebeautygypsy.com/100-year-old-beauty-products/) So, sustainability has a much more practical reason for us than for most. Sustainability is our ability to purchase or make an ingredient for an extended period without shortages. For Keys, we sometimes have to buy entire production runs early in an ingredients life or make our extracts and ingredient compounds like Element 6 simply because they are unavailable or invented.

Our intent for you is to make natural products that work without threatening your health. Sounds simple, but it is hard to do in these times where 98%+ of all skincare has multiple “man-made” chemicals in them, sometimes in threatening proportions.

KODA Spot Clean and the End to Dirty Paw Syndrome

Where are all the travel sizes and sample?